I'm working 11 hour days here. When you roll the time stuck in traffic getting to and from the office, well, it's a minor miracle I'm typing this out now.

On Saturday, after Friday's Epic Traffic Jam (which even awed Bangladeshis city wide I found out later, thanks to the Chinese Prime Minister who was visiting), I woke early and arranged to meet with our company "fixer". Let's just call him Rafi (not his real name). We had planned for me to take off from my hotel by 10am, but the Chinese Prime Minister again waylaid traffic for 20 million people in the city with his departure. So my driver could not reach me until 1pm. By then, the streets were miraculously clear.

We made it to Rafi and off we went to Old Dhaka. First stop, the Lalbagh Fort...an old Mogul fort built in the 16th century by a guy with the best of intentions (seemingly) until his daughter died towards the end of the project. He was so grief stricken, he did not finish the fort and instead had her entombed inside. It was nice to see it, mainly because it offered a strange oasis away from the never ending cacophony of Dhaka, a city with few parks to escape the urban jungle.

It has rose gardens, abandoned bathing areas and a nice grassy hill from which to view all the encroaching towers that loom over the enclaves and gardens. It's almost like Dhaka is fighting its way into the fort and soon the fort will surrender. As usual, I was the only foreigner there, save one other person laden with cameras who was Asian (probably Chinese).

We then went to the oldest Hindu temple in Dhaka. That was somewhat peaceful. Now that Durja Puja is over, the temple was sparsely attended and we enjoyed walking around the mostly empty grounds. Then Rafi took me through his old stomping grounds from university days, showed me the vibrant markets near his old school and then, a special treat, took me to Hotel al-Razzaat...a famous biryani joint. To me it looked like any other place from the front, but when we walked in, I immediately took note of the old Colonial feel of it. Ceiling fans, waiters dressed in their uniforms and "Ladies Cabins" off on the side wall...special rooms to dine in if you happen to be female or with females. Rafi reassured me we would not have to be segregated and we strolled up to a long wooden table and sat down.

The biryanis here were delicious! Soft pillowy rice spiced just right with tamarind seeds tucked inside and an accompanying plate of mutton slathered with a dark spicy gravy. A week ago, I gave into the local custom and have started to eat with my hands, as they do here. There is a hand washing ritual before dining and rest assured, everyone takes part in cleaning yourself before using your right hand to pile the rice and spicy gravy into small hills, expertly putting this on your fingers, and flicking it into one's mouth. After a few meals, you get used to it. When will I have the chance again to experience this kind of cuture so intimately? Of course I'm eating with my hands!

To accompany the meal, I had an unusual drink of sour curds, cardmom and cumin and maybe ground pistachio? Not sure. The flavor was intense and complex and I couldn't figure out all the notes. But it helps with digestion and with cooling the spice on the tongue. It was called Burhnai.

After the meal, we toured the auto parts market. I feel that nothing I write would justly describe this place. Again, more mysterious shops, shoulder to shoulder, dark with oil and grease and engines. In some doorways, it was completely dark save the smelting fires emmanating from way back inside. Children using sledgehammers to disassemble engines. Rafi told me an entertaining story about how his friend had something stripped from his car one time and he went to this market to find a cheap replacement for it. Only to find the very thing that had been stripped. Undeniably his. I have a video of this market and of Rafi telling the story...hopefully I get my Youtube issues worked out.

After that, the river markets, an old palace (the pink mosque like structure in some of the photos) and the cloth markets. What can be said about the cloth markets? They were narrow and other wordly. Colorful and dense. Unlke anything I'd experienced before. The streets are incredibly narrow there and the favored method of travel is rickshaw...yet I was still not allowed (safety! Arrgh!). So we muscled the car in ridiculous fashion down streets never designed for a car and as people looked up in disbelief at me, the white westerned, I took pictures. That felt weird, but I'm not allowed out and they are not used to visitors. So there it was. The lens moving slowly down the ancient street.

More to tell, too tired to tell it all. Here, enjoy some photos. Mostly of the river market and cloth market. I will post the stolen auto parts market, the palace and fort photos next time. 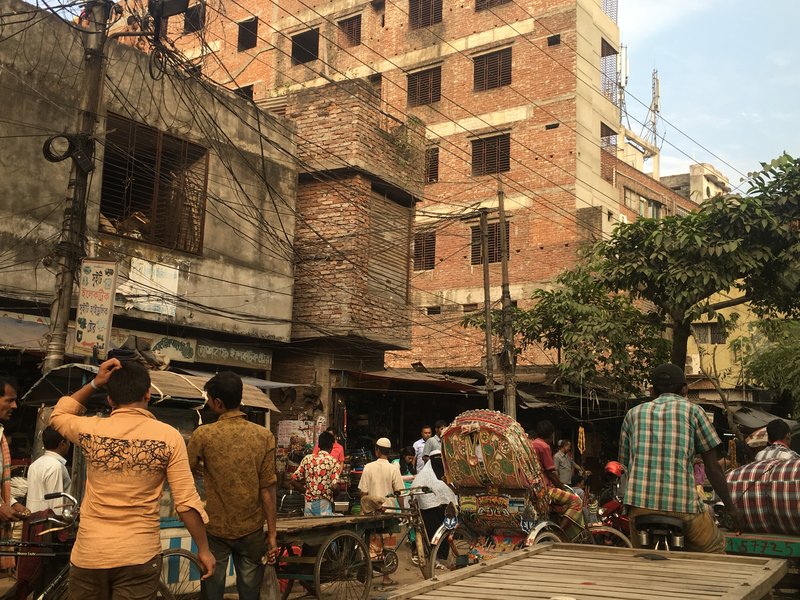 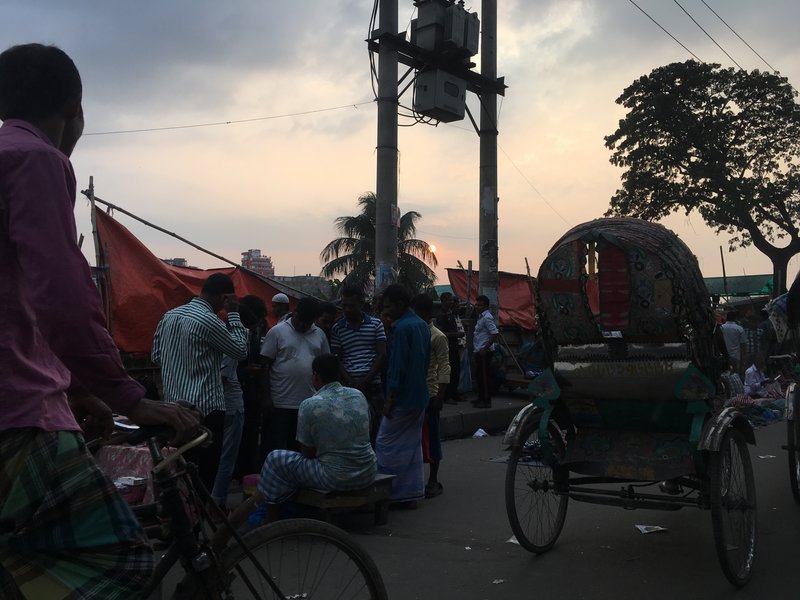 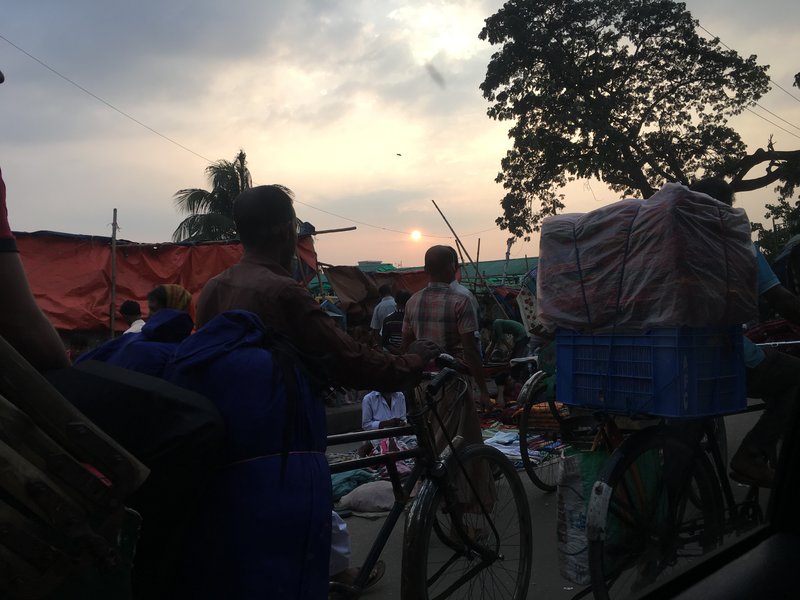 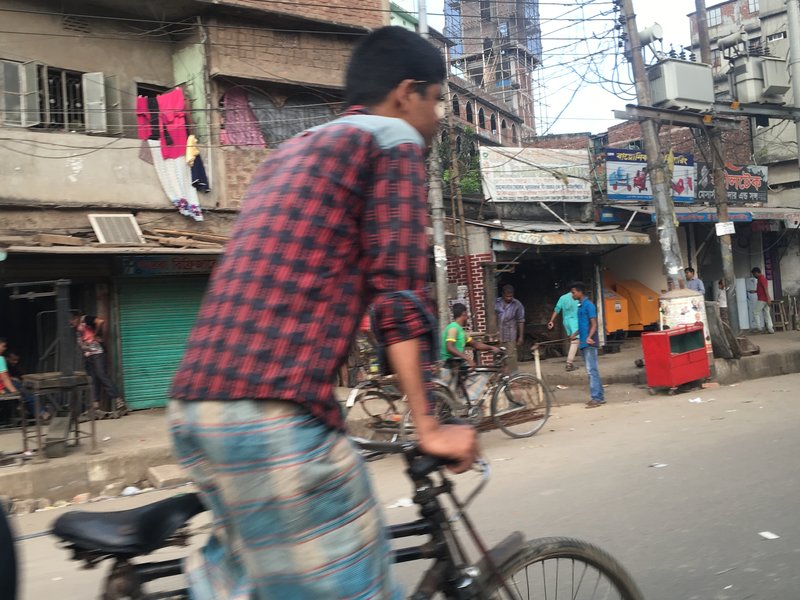 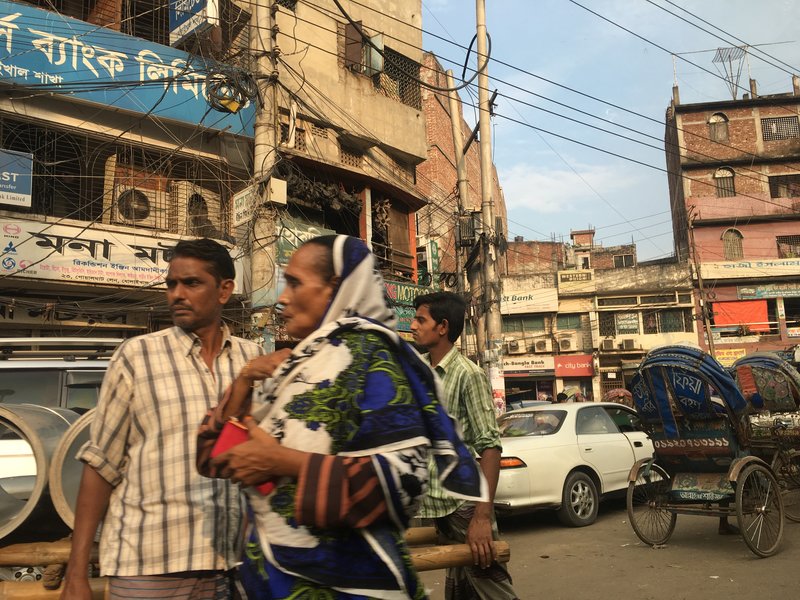 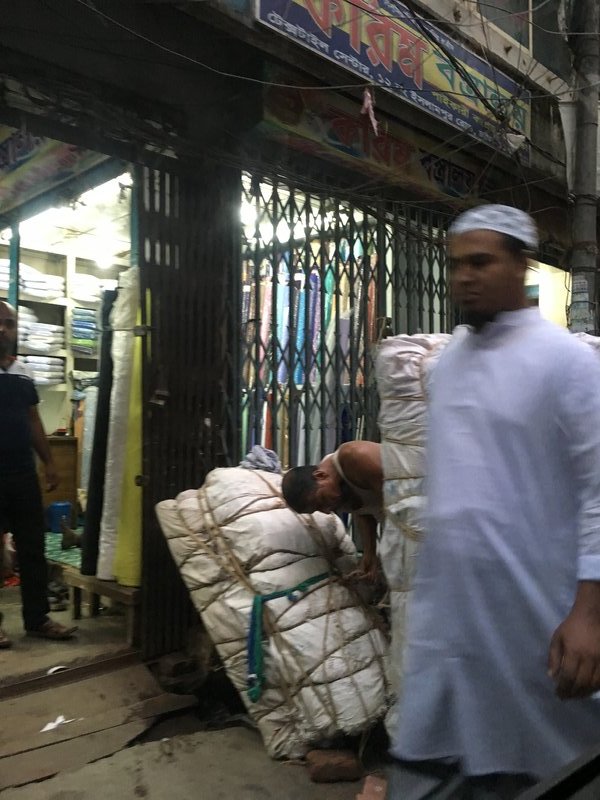 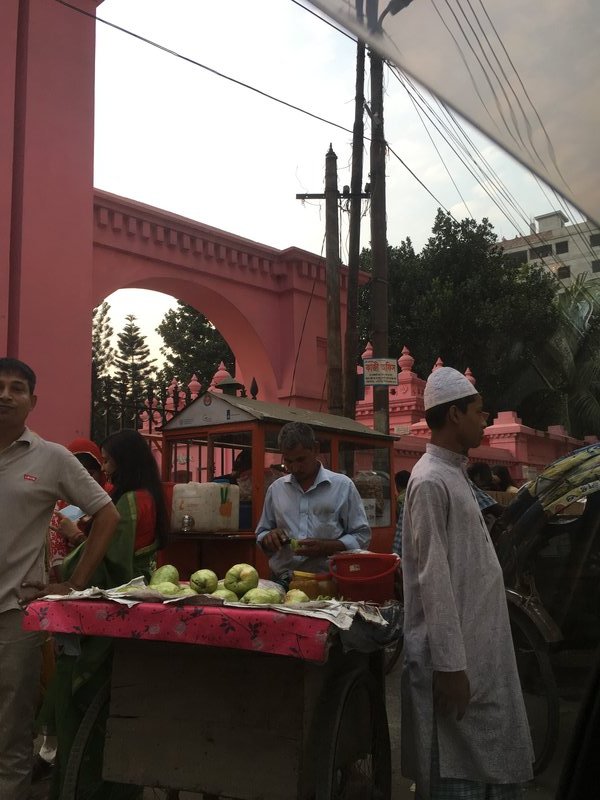 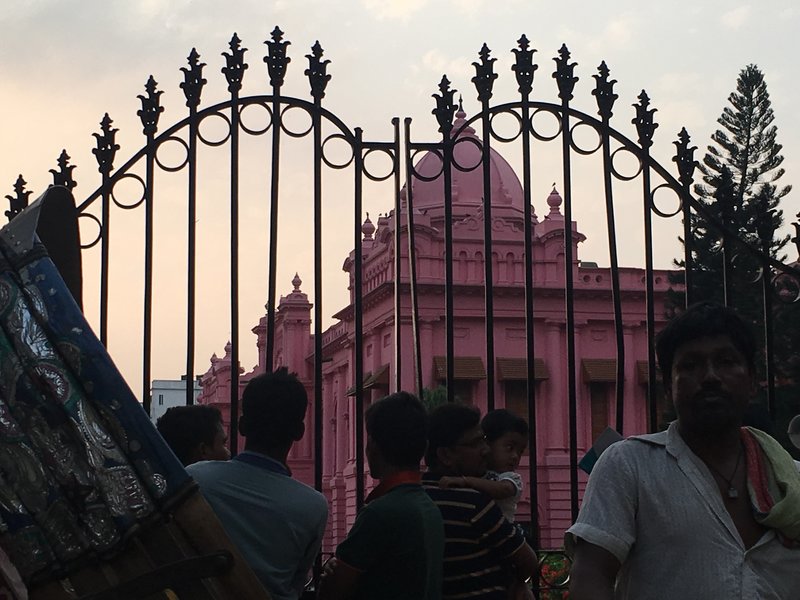 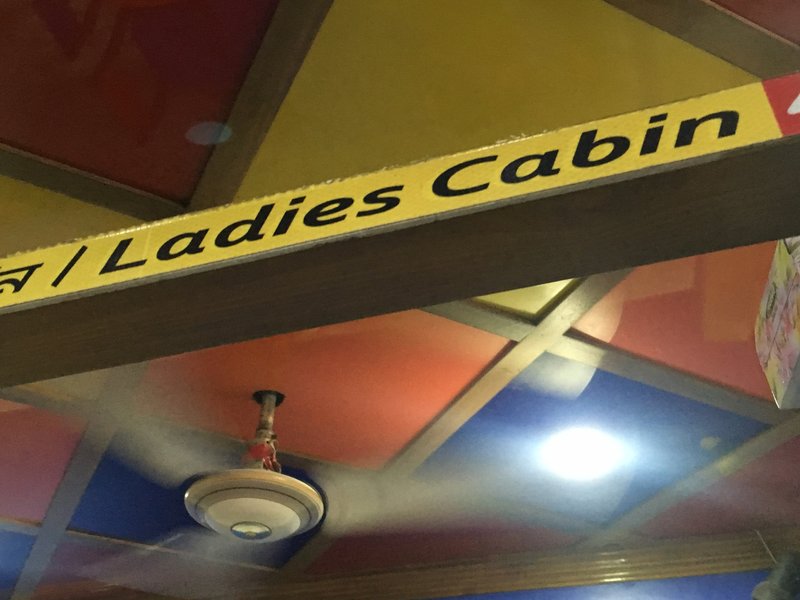 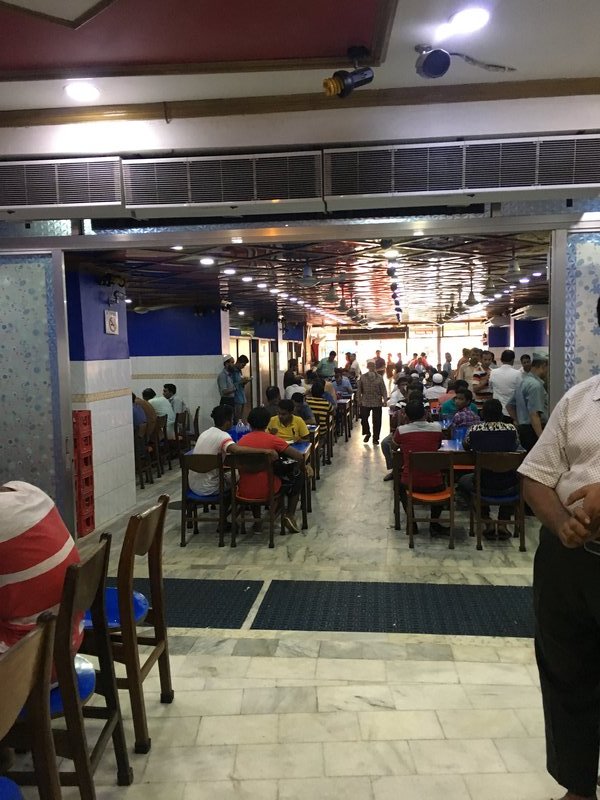 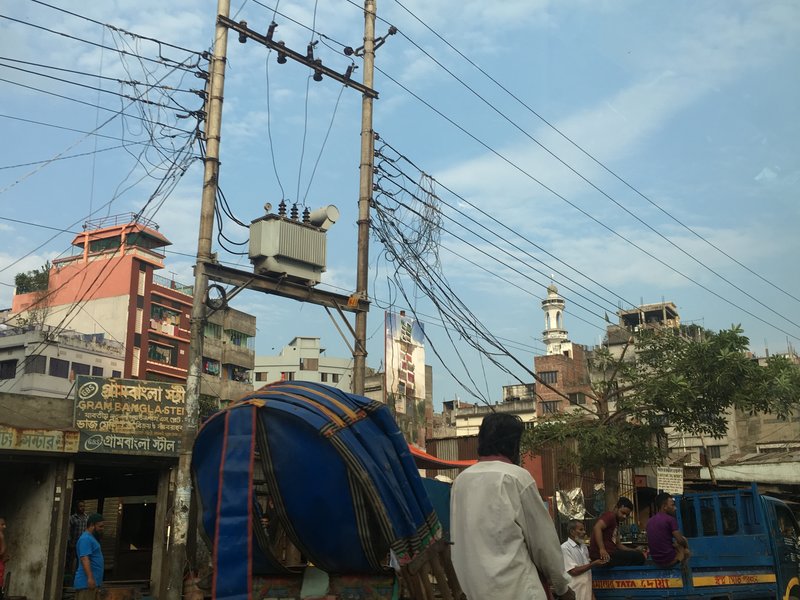 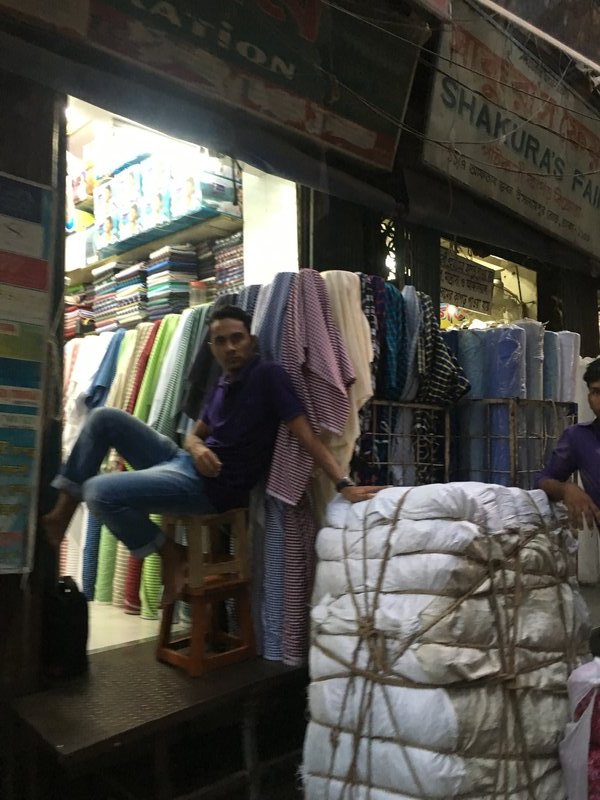 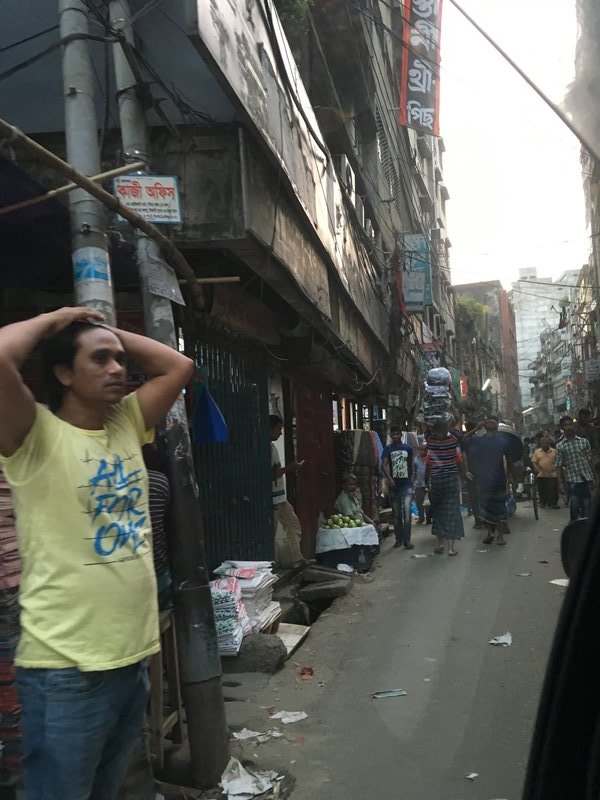 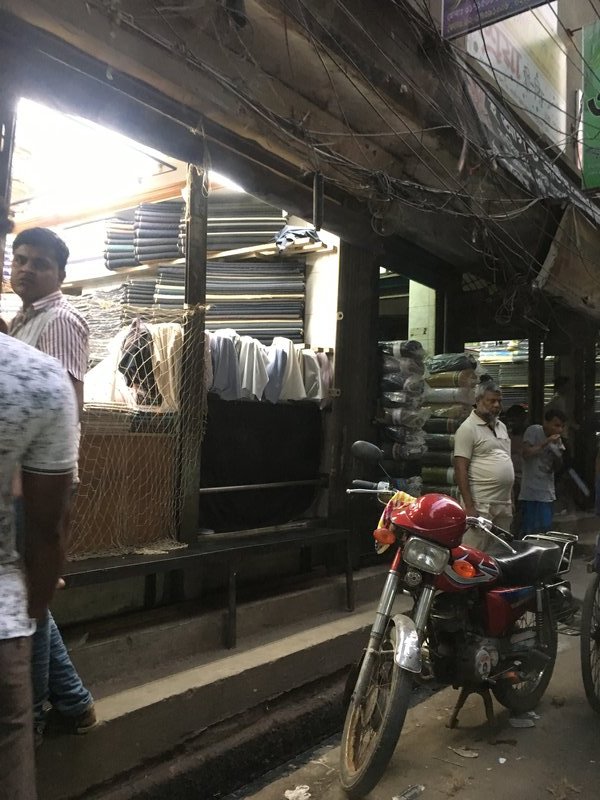 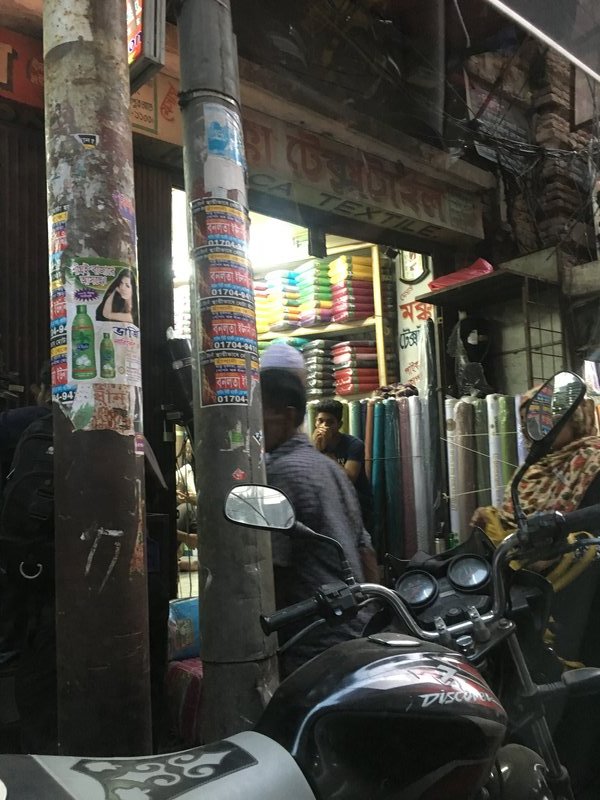 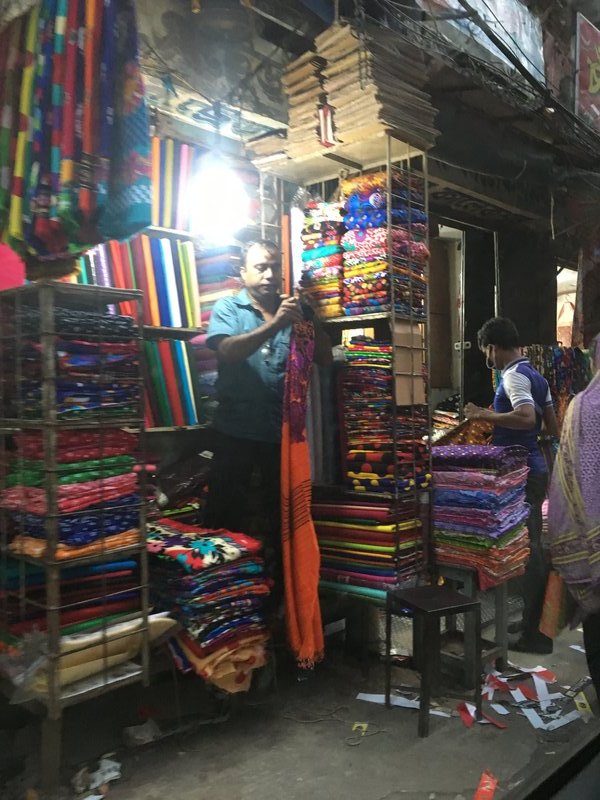 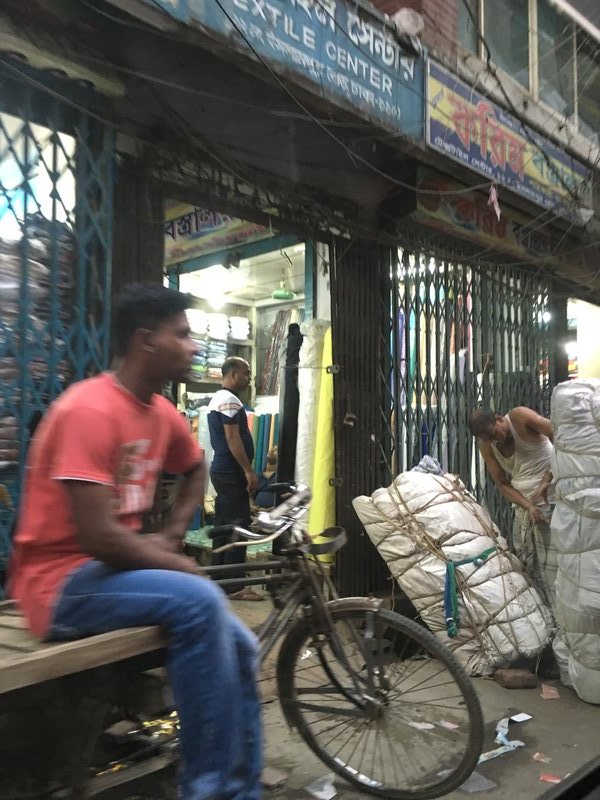 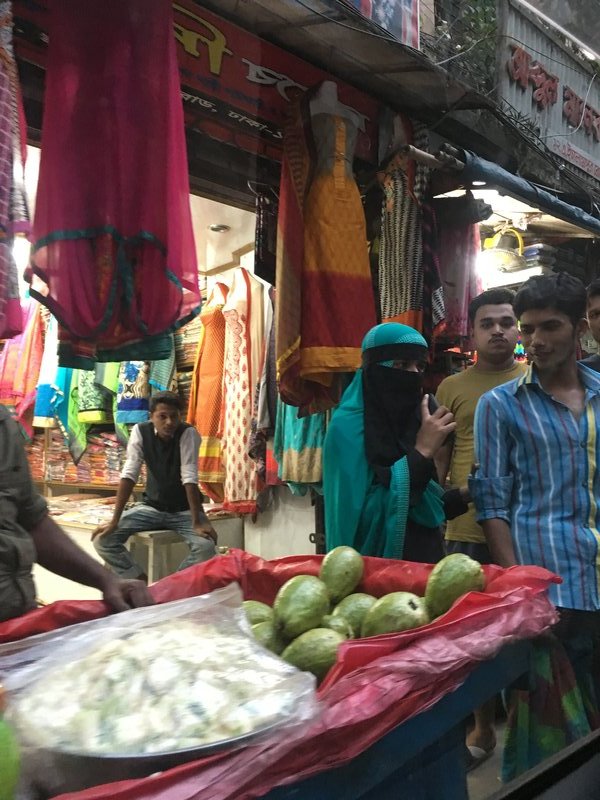 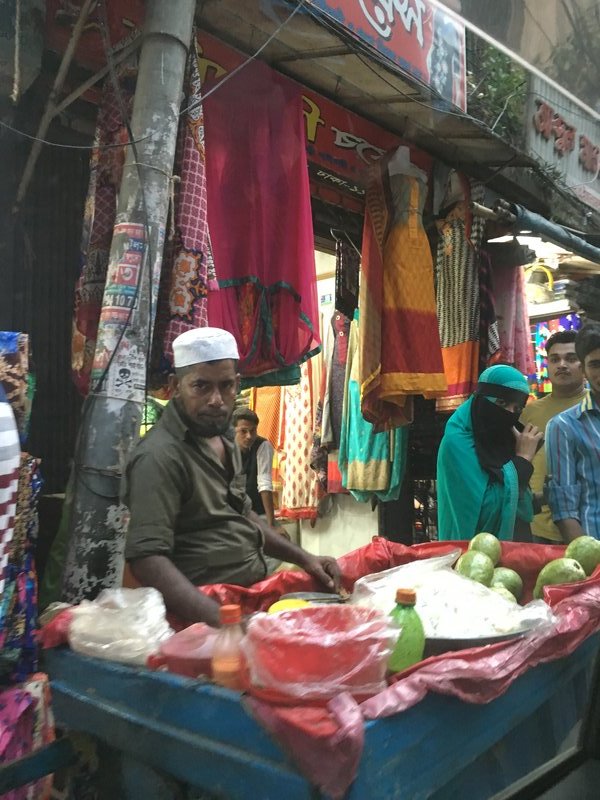 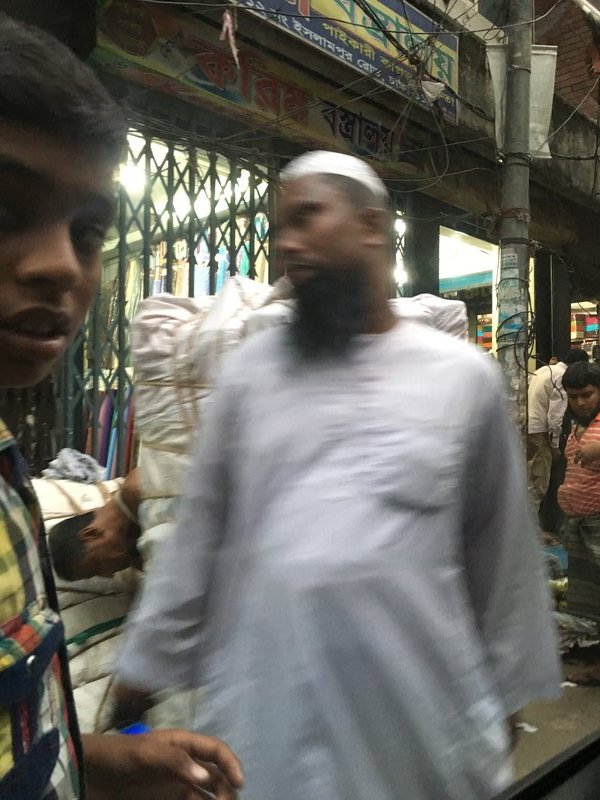 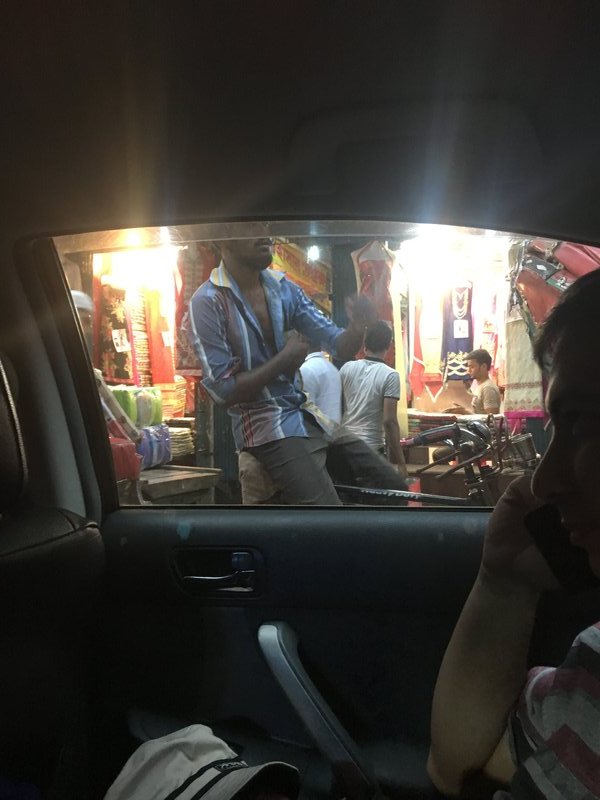 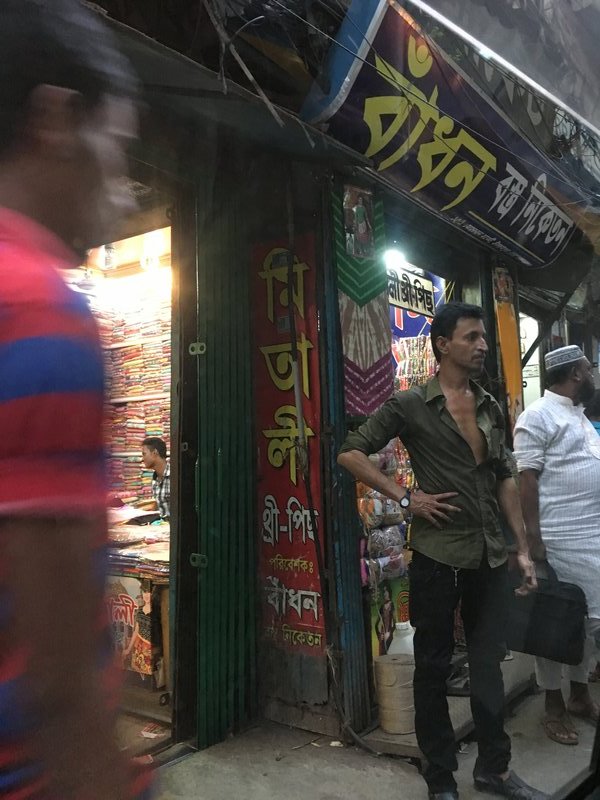